Q: Where are you from?
A: I grew up in San Bernardino, California and moved to Missouri in 1993.

Q: Name your favorite band(s)?
A: I have so many favorites from several genres which include Motionless in White, Iron Maiden, Type O Negative, KMFDM, The Birthday Massacre, Behemoth, Nine Inch Nails, The Neighbourhood, 30 Seconds to Mars, Skinny Puppy, Santigold, Atari Teenage Riot… and many more!

Q: What drink is in your hand?
A: It could be anything from Rosé, Pinot Grigio, Moscato, Moscow Mule, Irish Coffee or any other fancy cocktail.

Q: Give the top 5 on your “Free List”.
A: There is only one. Jimmy Garoppolo.

Q: Do you have any pets?
A: I have 5 cats. Pepper, Figaro, Matilda, Peaches and Matey.

Q: Who are your sports teams?
A: I wasn’t a sports person until a couple of years ago, now I’m a San Francisco 49ers fan.

Mike Shinoda of Linkin Park wants to produce your music!

This is a pretty solid opportunity if you’re a musician looking for something that will take you to the next level. Read on for all the details.

Anyone willing to try?

Yo! Check this out. Danny Worsnop of Asking Alexandria and Matty Mullins of Memphis May Fire did one hell of a cover of Justin Timberlake & Chris Stapleton’s “Say Something”. I’m pretty impressed.

Shinedown is launching a clothing line

Shinedown is about to hit the fashion industry with SD Limited. Zach Myers says SD Limited aims to “deconstruct the classic rock shirt, throw it in a blender with street fashion, and strip it all down to 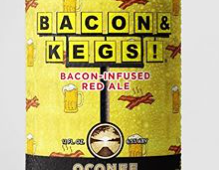 What do you get when you mix Waffle House with beer?

You get Bacon & Kegs! This changes everything! A Waffle House bacon flavored beer? I like bacon and beer, I mean who doesn’t? The one thing that sucks about this, for those of us in Missouri, is 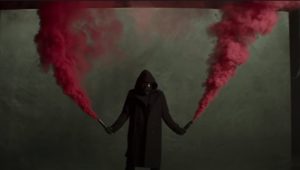 Stop what you’re doing and listen to Architects “Animals”

If you’re into the hard and heavy stuff, then you’ve heard of Architects before. We played them on The Pit and if for whatever reason you don’t have this band on your radar, you’re missing out, my 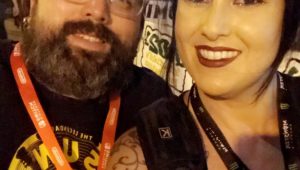 Back in the day I would ask Fish a stupid question at the end of his show. It became a regular thing for a while and each time my questions became more amazing than the last. That 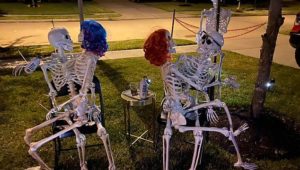 Can your Halloween yard decor beat these?

Real talk: these are the BEST Halloween yard decor that I have ever seen! A Halloween strip club and murder scene. These two houses totally won Halloween! Read the articles for all the details. It’s so amazing!

It’s crazy to think that this album is 30. Slave To The Grind is my favorite Skid Row album and I would 100% love to see a tour for this!

How to cure the Plague according to Sir Isaac Newton

Things That Make Leslie Say Ewwww…. Sir Isaac Newton — you know, old gravity dude – had this idea on how to treat the plague with toad-vomit lozenges. So, how do you make this? Apparently you have