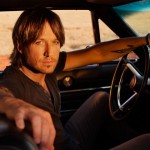 A third headliner has been announced for 2015 Country Jam in Grand Junction, Colo. Keith Urban will join Tim McGraw and the Band Perry for the June 18-21 music and camping festival.

Thus far, the lineup for 2015 is shaping up to be one of the best ever. Urban will be ready to rock after five long months on the ‘American Idol’ set. To date, he’s released four singles from his ‘Fuse’ album. Two have already gone to No. 1, and his current hit, ‘Somewhere in My Car’ is climbing the charts quickly.

So far, just three of over two dozen artists have been announced for one of the best and most well-respected festivals in America. The 2015 lineup is sure to rival years past. Eric Church, Jake Owen, Lady Antebellum and Brantley Gilbert headlined in the summer of 2014, while the rest of the schedule was filled in with top acts like Thomas Rhett, Joe Nichols, Chase Rice and Kellie Pickler.

Tickets for 2015 Country Jam are on sale now at the Country Jam website. Check it out for more information on camping and hotel options, plus learn all about the many other fun activities at Country Jam Ranch!