Being a fan of Rock has always been the most badass experience of many peoples lives. It truly IS a lifestyle and rock fans are often VERY passionate about it! Passionate to the Point that we have gained a “rough” reputation, because yeah, I’m totally going to deck you in the face if you talk trash on my favorite band! “What??? you listen to Country and Rap?? F#%! YOU!!” LOL

The fun of being a fan is only heightened by the fantasy of actually getting to meet these “ROCK GODS” that we listen to every day! We’ve played out several of their albums, we follow their blogs, and social media, and have joined groups dedicated to other fans like yourself! Its like when you finally meet the band, you’ll already be family!

What if one day it was YOUR JOB to talk to these Bands, and play your favorite music for other people??

This is one example of this truly epic lifestyle, and about MY personal experience with this craziness!! 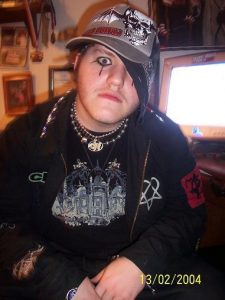 This sweet, innocent, SEXY AS HELL, kid from Ozark, MO had NO CLUE that his passion for his favorite band, (CKY) would be a forcible motivator  through life.

I discovered CKY in the year 2000 when a classmate moved to Ozark from his home town in CA..(I was baffled as to wtf his parents were thinking…) He was a few years older and cooler than me, and was way more knowledgeable in the world of rock than I was. Naturally, I wanted to know EVERYTHING he knew. So he begain letting me borrow different CD’s and Mix CD’s he had acquired from his experiences.

Eventually, he slipped me one last CD. It was CKY’s album “Volume 1” … From the Very first song “96 quite bitter beings” all the way to the bonus track at the end, I was ENTHRALLED! I mean.. this band was so Unique, so different than ANYTHING I heard on the radio, and waaaay different than what my other older cooler friends had shown me( which basically consisted of classic rock and music to be stoned too..)

I was hooked and hungry for more.. at that time, and this will show my age(almost 30), internet was definitely around, but not the worlds focus as it is today. So, I got on our dial up internet and began searching, learning, and waiting 30 min to hear a ten second clip of the possible new album, and the love just kept going from there!

It wasnt until shortly after the release of their 3rd album that I was old enough to drive, and have a job… so my friends (all CKY FANS) and I were cool enough to get our parents to order out tickets online and we set out on a journey to watch our favorite band! (it was a big deal to these small town kids man!) 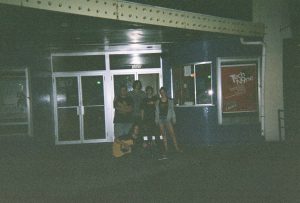 This is us, the crew(all these photos were taken by a disposable camera by the way!) We had Finally made it to the Granada Theater in Lawrence, KS and were so stoked to be camping out in front of the venue! in Retrospect, we probably didn’t need to camp.. CKY was not a HUGE band.. but they were MASSIVE to us! lol

As the night moved on, we were having a hella good time! But there’s some pretty important things we forgot… FOOD, DRINKS, AND WHERE TO SHIT!

that’s right… these three things we all took for granted were unavailable to us at 3 AM.. why? because we were all under age! we were surrounded by 18 and up bars, and all the restaurants had already closed! talk about a facepalm…

we DID however find a blues bar open down the street that we were able to talk ourselves into just to use the bathroom. The Bar staff ended up letting us sit and enjoy the rest of the show for free, since it was supposed to end soon anyways.

we sat down at a table (all feeling cooler than we should have, being were in a bar at 16.. lol) and we noticed that the bass player on stage looked strangely familiar..   Then it immidiately hit us when we saw the group of guys sitting at the table in front of the stage, HOLY SHIT! IT’S CKY!!! RIGHT THERE IN FRONT OF US!!!

We were sooooo freaking out at this time! Should we go up and talk to them??? We ended up deciding that we were going to “play it cool” and let them just enjoy themselves.

The Show lets out and the Crowd shuffles/stumbles? out of the venue. after one last glance at our favorite band, we turn and head back to our campsite in front of the Granada doors.

Then we hear a voice shout “HEY NICE SHIRT!!”

I turn around to slap hands with a fellow CKY fan, then froze…deer in the headlights… It was the Guitar PLayer(and singer now) Chad Ginsburg, Jess Margera, and Matt Deis, of CKY ….talking to…. US!?!?! I finally broke and say “hey thanks! we are here to see them tomorrow(trying to be funny) Chad says “oh kick ass! … where are we playing?”

after laughing harder and louder than we should of.. we said “HEY! Well show you! its down the street!” after an awkward, nervous walk with the band to the theater, talking about where we’re from, how we met etc.. we arrived at the venue.

They Instantly noticed our sleeping bags and little camp site we had sat up.

We were asked if we were camping to see them, and they were instantly amazed and made a big deal about it… our faces red to the core with embarrassment, yet swimming in fan pride(CKY ALLIANCE BABY!!) 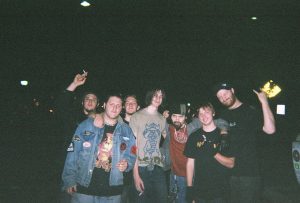 Chad asked us if we were hungry, and we didn’t lie, and joked about how we forgot food..

we arrived at Jimmy Johns(which we had no clue existed) and he told us that they were buys us food…. DUDE.. NOT ONLY ARE WE HANGING WITH OUR FAVORITE BAND, BUT  THEY ARE NOW FEEDING US AND WANTING TO EAT WITH US!!! WTF IS GOING ON?? 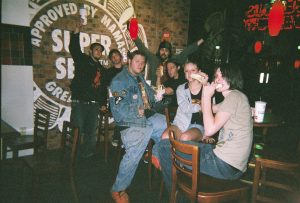 We had a blast eating and talking with them and laughed until our faces hurt.

Among the Conversations, I had one with chad about trying to request their songs to be played on the radio(Q102 HAHA) I told him that I wanted to work for Q102 some day and that I will put their music on the radio. He challenged me to make it happen!

THE SHOW WAS EPIC, and They even gave us a shot out on stage! dubbing us “THE HOGIE BOYS”(HOGIE is “northerner” for sub sandwich)  then they told us from stage that we needed to rock harder to everyone else…

so we did… here you’ll see me completely drained and covered in sweat! 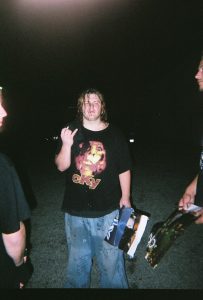 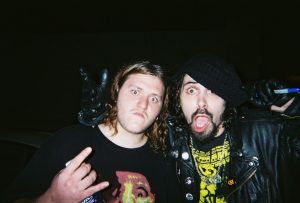 We left that night SWIMMING with badass thoughts of the amazing experience we had with our favorite band! And the challenge to “make it happen” still etched to my soul like a tattoo..

So here I am now 13 years Later.. an Afternoon Drive Host on Q102, and still a hardcore fan of CKY! 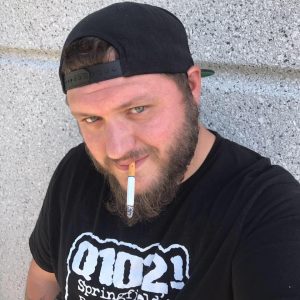 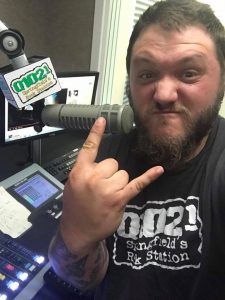 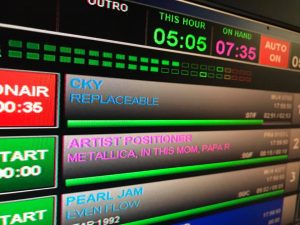 AND ONE MORE THING… 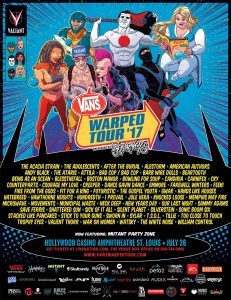 CKY is playing Warped tour this year and I will be interviewing them!! now I’m older, and wiser, waaaayyy cooler ;), and have beaten Chads Challenge.

Im going to bring all these pics, and video the interview, and Im SO FREAKING STOKED

This to me is my favorite thing about being a rock fan… the stories, the kenship, and the ability to say “yeah! I lived that!” It will be intersting to see the Bands reactions to my story and to find out if they even remember any of this!!

As Rock fans, we get to live cool stuff like this all the time! This is why you’ll always hear me ask everyone to be at the concerts we are attending.. NOT just because I’m helping promote the show, but because I genuinely LOVE to see you there! and I cant wait to try and make some of these cool dreams and fantasy come true for other people! We Live, We ROCK, and we Die!

Lets make the “ROCK” part worth living for yeah?